Lincoln Park was busy today.......wall to wall, back to back, side to side people all with the same thing in mind.....SALMON!  While this will be a big Pink Salmon year....6 million expected back in Puget Sound, these fishermen...(no not sexist...only guys were seen fishing)...seemed to be doing OK.  However some of the fishermen were fishing illegal without salmon card, or license, or with illegal gear.  A sting operation was launched by WDFW officers and a number of offenders were caught......SO BE LEGAL.
﻿
﻿
﻿

In a last desperate attempt to salvage something of a summer in Western Washington the State has purchased a month of Hawaiian weather for August.  The State will send all the receipts for the sale of Kona Coffee in WA to Hawaii in return for the Hawaiian weather.  On July 30 fifteen Outrigger Canoes, after a long paddle, landed at Alki Beach Park and presented the Hawaiian Weather Certificate to ecstatic West Seattle residents.
To help seal the deal, free Mai Tais were provided to the canoe crews in hopes of ensuring the blessings of all the Hawaiian deities.  I know I felt very good about the deal after my 7th Mai Tai...and everything else including the national debt.
Everything seems to be working as a rainy July 31st was followed by a sunny and warm August 1st with a 10 day forecast of sunny and 70's for Seattle.  You can bet I will be drinking lots of Kona coffee.  :) 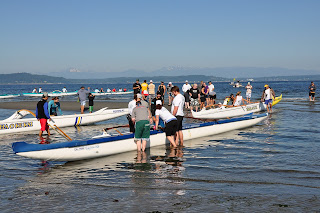 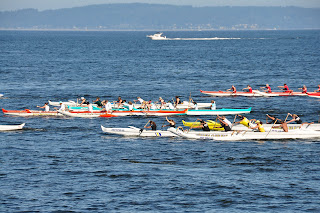 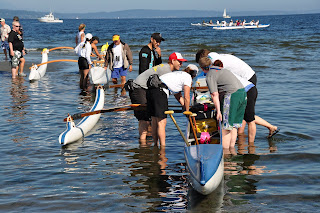 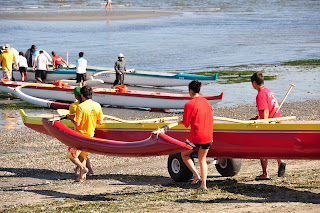 Posted by Buzz's Marine Life Puget Sound at 5:48 AM No comments:

War Canoes at Alki and Swinomish

Native American and First Nations tribes visited the Muckleshoot Tribe of Washington and landed at Alki Beach in Seattle on 7-21 and departed the beach with the permission of the Muckleshoot Tribe on the Paddle to Swinomish voyage which will see a celebration at the Swinomish Tribal lands beginning Monday and ending on the 31st.  The departure from Alki Beach was something to see...... 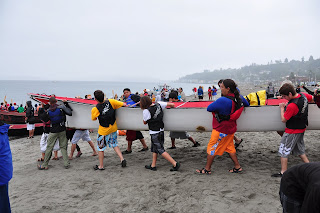 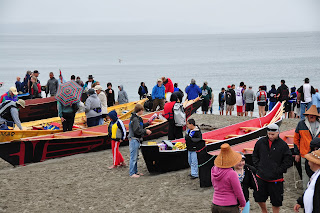 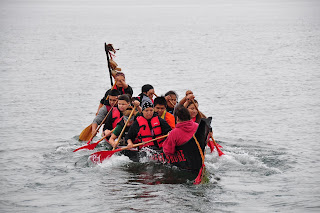 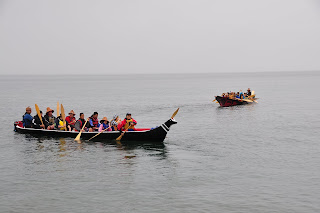 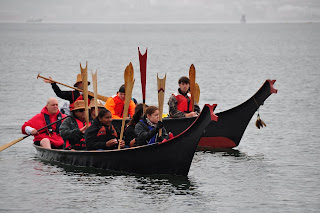 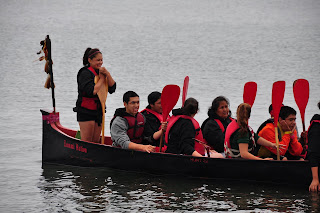 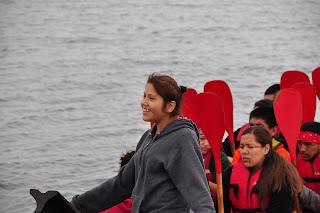 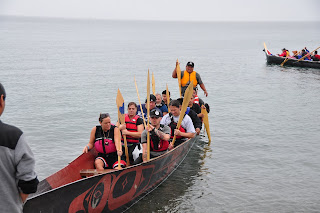 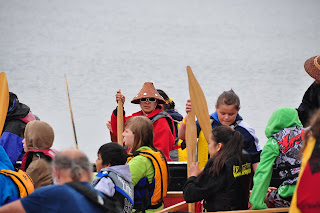 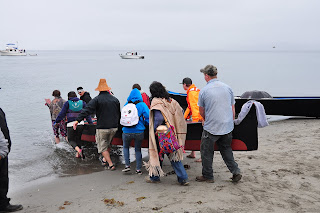 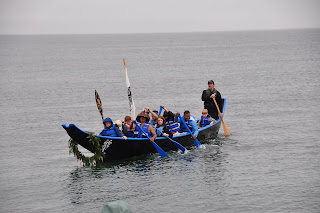 In 1900 the University of Minnesota opened the Minnesota Seaside Station on the west coast of Vancouver Island near the town of Port Renfrew.  Check the link for some history.
http://www1.umn.edu/news/features/2006/UR_111719_REGION1.html
In addition you can read Postelsia, the annual journal of the Minnesota Seaside Station on line at:
http://www.archive.org/details/postelsiayearboo1906minn
Botanical Beach just south of Port Renferw is renowned for the variety of seaweed, and its amazing geology.
Gretchen, my very cool phychologist wife, and I spent three days exploring the beach last weekend with two good friends.  It was an outstanding trip.
The outer coast is very different from my usual haunts of Puget Sound and always is demanding a visit....usually I end up on the fabulous Washington Coast but it was finally time to do the border crossing and ferry rides to Vancouver Island just to revisit the beach of my school days....1975 that would be.  The beach is unchanged but the roads into Port Renfrew, 60 miles of gravel in 1975, are now paved in two directions....yippee.
While 1975 was a little depressing in that most of that side of the island had been recently clear-cut...today there are at least 30 year old trees in place of the ugly slashes....90% of Vancouver Island's old growth has been cut.
I have attached some images of the beach....now a protected park....yippee again.  Two trails begin at Port Renfrew....the Juan de Fuca and the West Coast trails.  The West Coast Trail is considered one of the premiere wilderness trails in the world and in places very challenging...to the point of dangerous.
So if you like hitting the low tide at a mind blowing beach, and even want to add a 50 mile challenging hike you need look no further.