This Fall the seawall at Seahurst Park beach will be removed and the upper beach returned to a natural state.
This has already been done on the South end of the beach.  Removal of the seawall will benefit the marine life that utilizes the near shore area.  Habitat will be returned to a more natural state that will benefit various species of fish as well as invertebrates.  Seawall construction in Puget Sound in one of the major causes of loss of habitat for marine life.....you can protect your property and in the process damage and destroy the property of native species.  Interestingly it seems only the rich, and clueless government agencies build seawalls, ( Enlightened City of Burien is removing previous administration mistake)....Live near the sea and wall it off.....brilliant.
On August 19th Seattle Aquarium Beach Naturalists, City of Burien, ESC Burien personnel moved a large number (thousands), of invertebrate animals from the North to the South end of the beach in hopes that they will have a greater chance of survival when the disruption of the North beach habitat takes place during the removal of the seawall.
The images below are of that extensive moving operation.  Thanks to all the volunteers.  In time the new North beach area will recover its species diversity and more, just as the South end has done since the seawall in that section was removed a few years ago.  BACK TO NATURE. 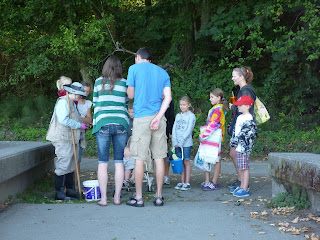 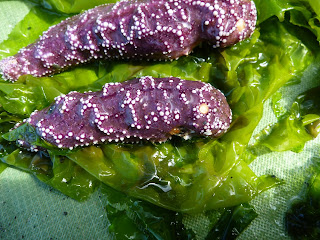 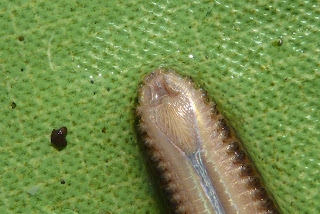 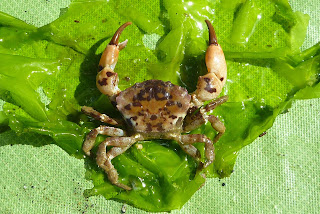 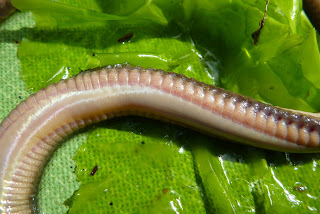 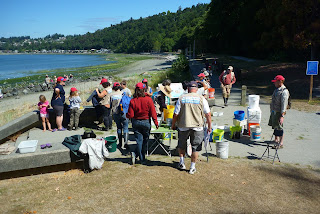 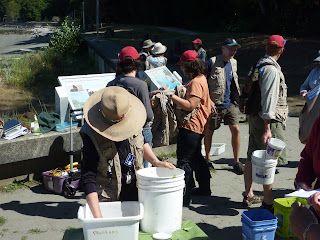 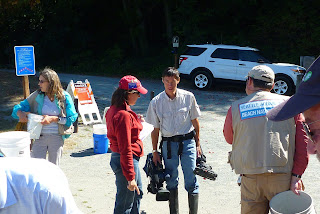 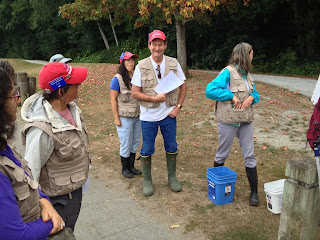 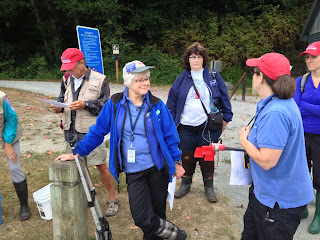 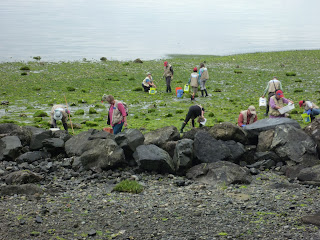 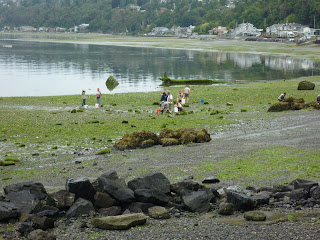 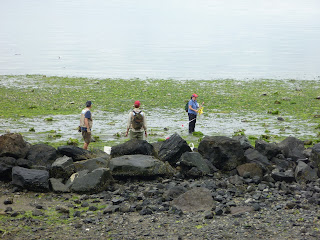 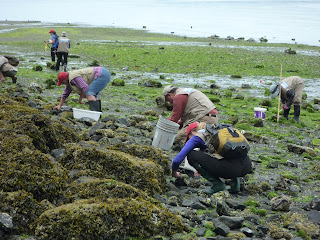 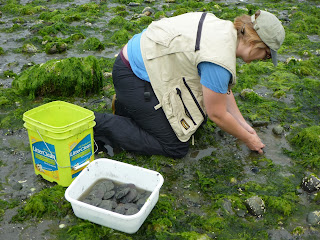 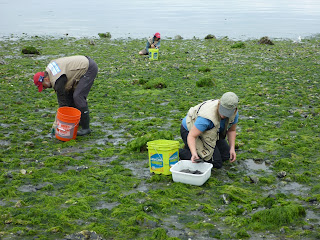 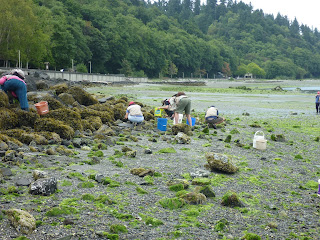 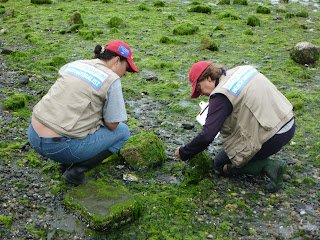 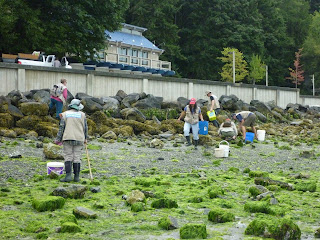 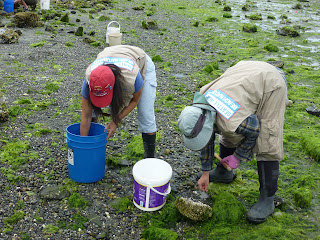 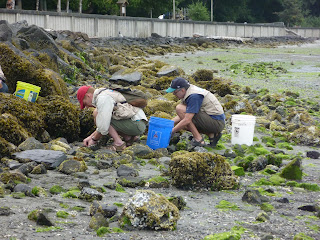 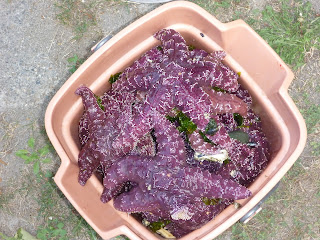 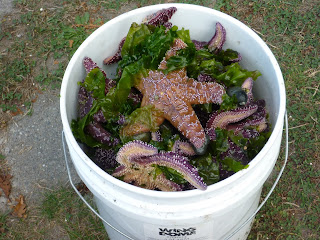 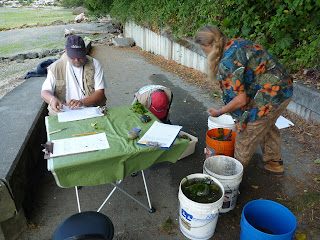 Counting up the totals 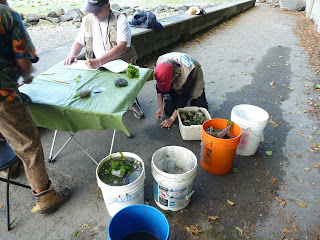 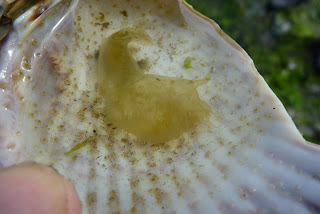 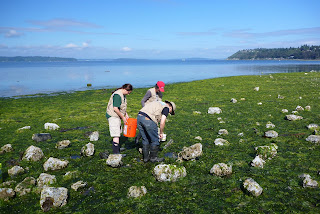 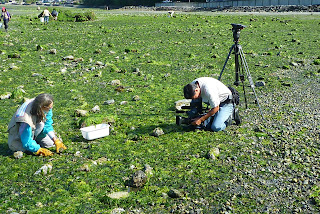 You're doing what??  You must be kidding!
Posted by Buzz's Marine Life Puget Sound at 4:34 PM