Back in May I posted on the grooved clam shell mystery.  We have been asking around the marine biology community for ideas on what might be causing this and have come up with one hypothesis that seems reasonable to lots of folks.....but beware we have no smoking gun.

The clam shells are being grooved by moon snails.
Moon snails normally drill very specifically located holes in clam shells during feeding with the radula organ.
The grooves are in the same size area as the normally drilled holes.
Moon snails feed on clams that are sometimes "contaminated" with PSP toxin.
Moon snails bio-accumulate the toxin in their bodies.
The toxin may be affecting the moon snails nervous system causing the snails to loose the ability to drill holes in the proper location and causing the random grooves in the shells.
Many thanks for Betsy Peabody, Brady Blake and Camille Speck and Robert Paine, Alan Kohn and a host of others for ruminating on this and providing valuable input.
In an interesting connection with this hypothesis there is a quote in the book "Teachings of the Tides" from a 93 year of Manhousat tribal member (west side of Vancouver Is.).  He states that the Manhousat people (who ate most things found in the intertidal) would not eat moon snails because they believed that if you did you would become "stupid".  This may have basis in fact since the accumulated PSP toxin in the snails could affect the nervous system of humans if consumed....making them "stupid".
This is a fascinating little book about what the Manhousat people collected, how they collected and prepared items from the intertidal for food.  You can get it at Amazon (used for about $20 - or buy a new copy for $2,432 plus shipping - you would think they could at least offered free shipping). 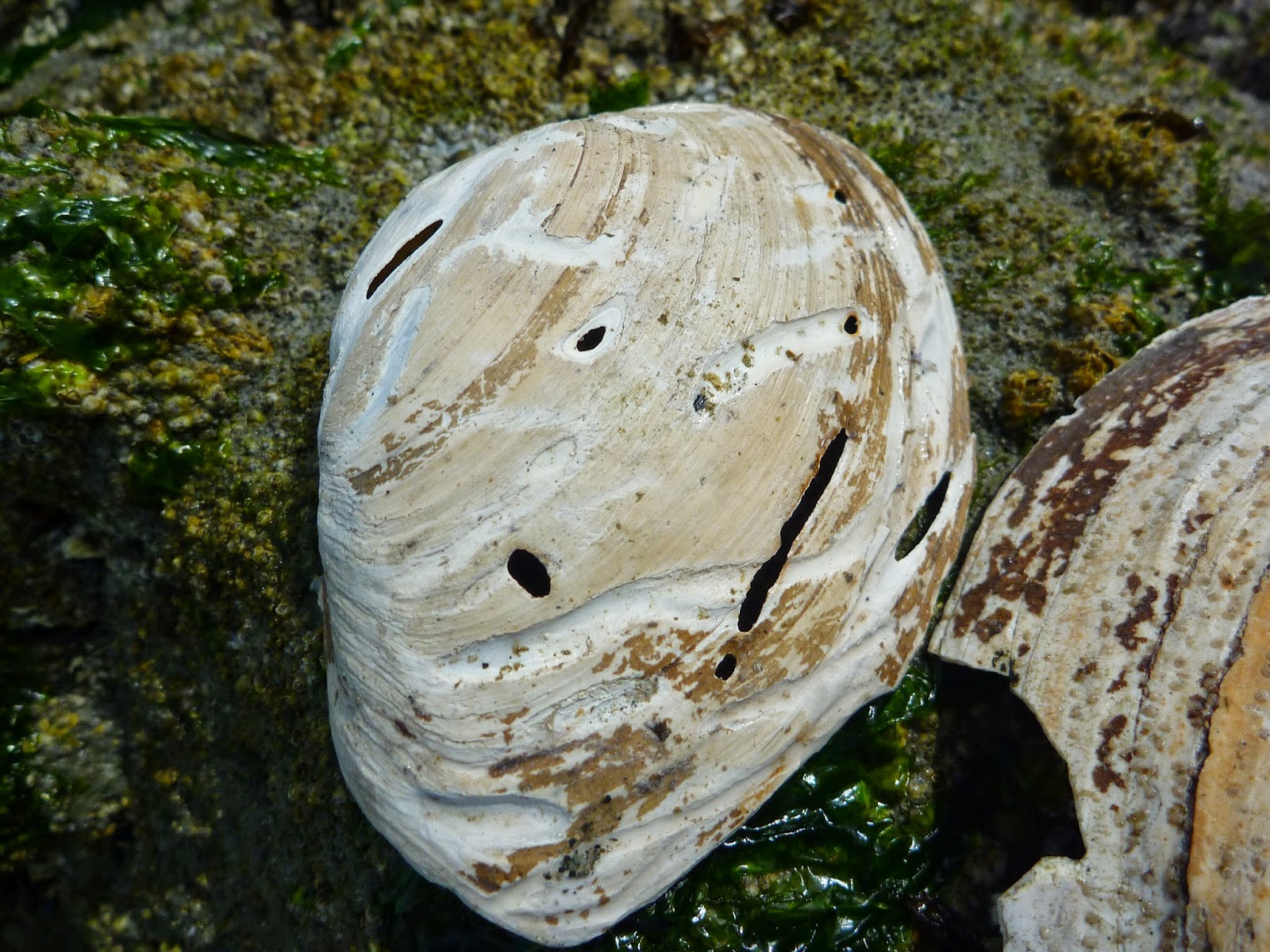 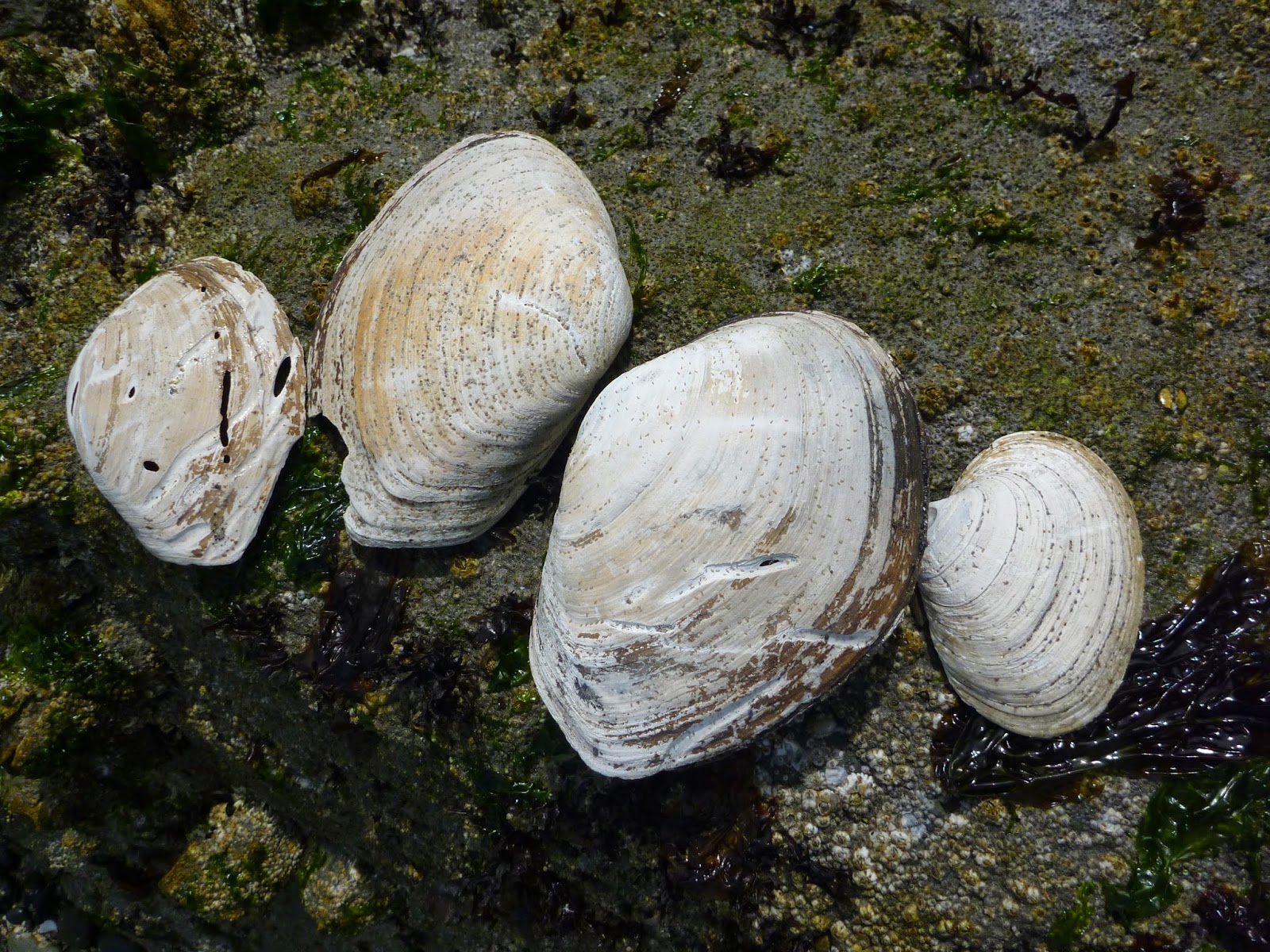 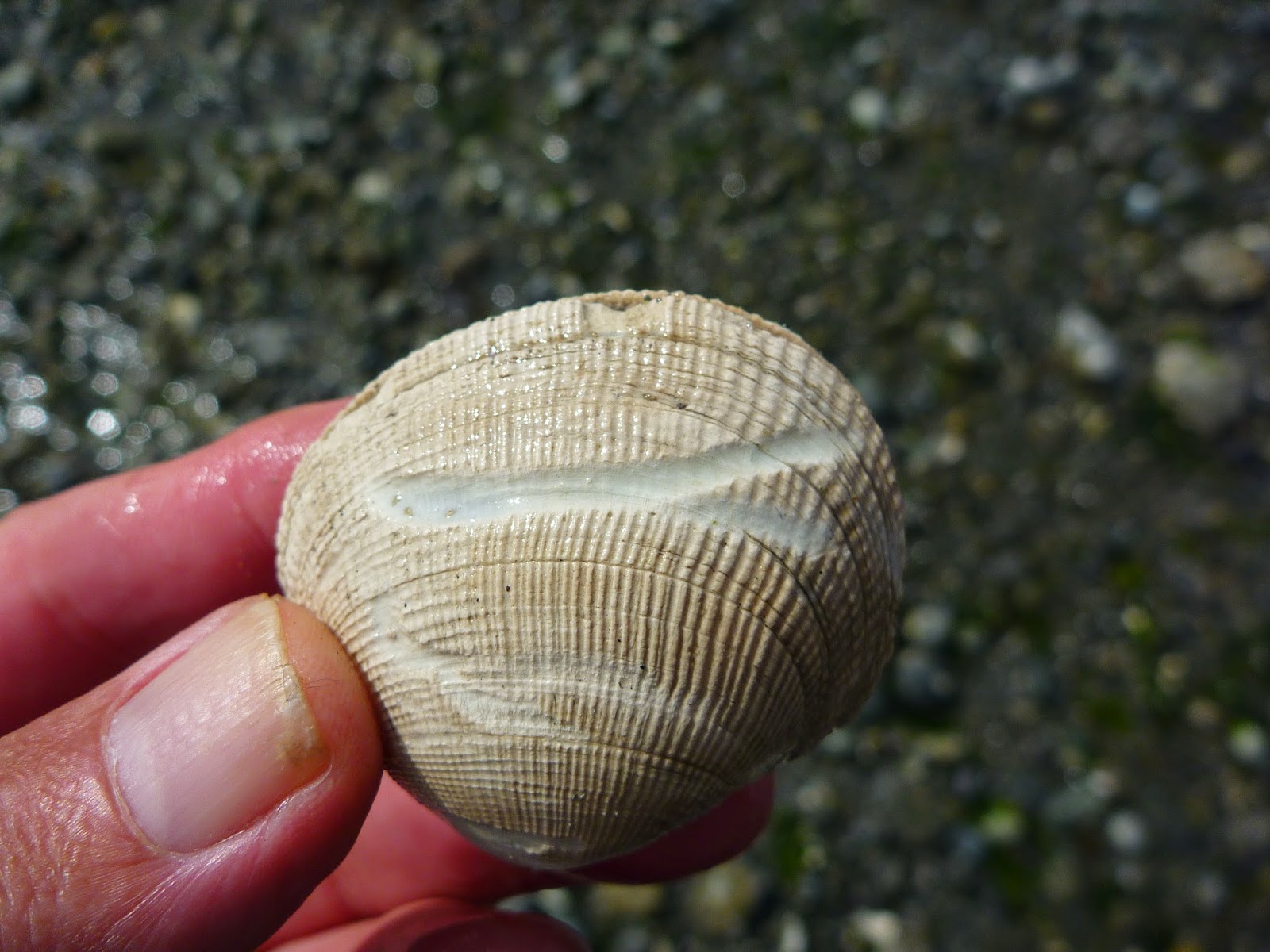 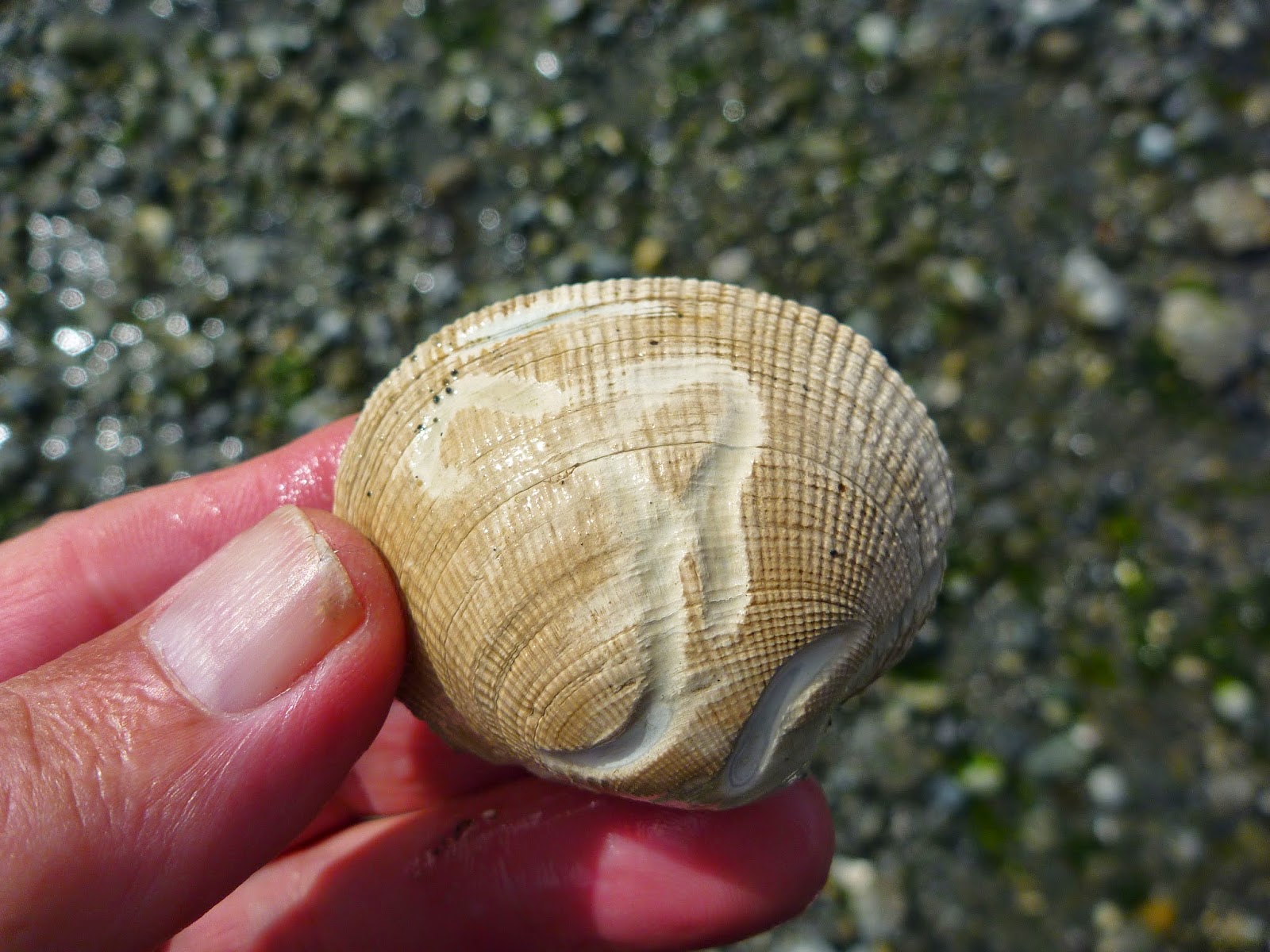 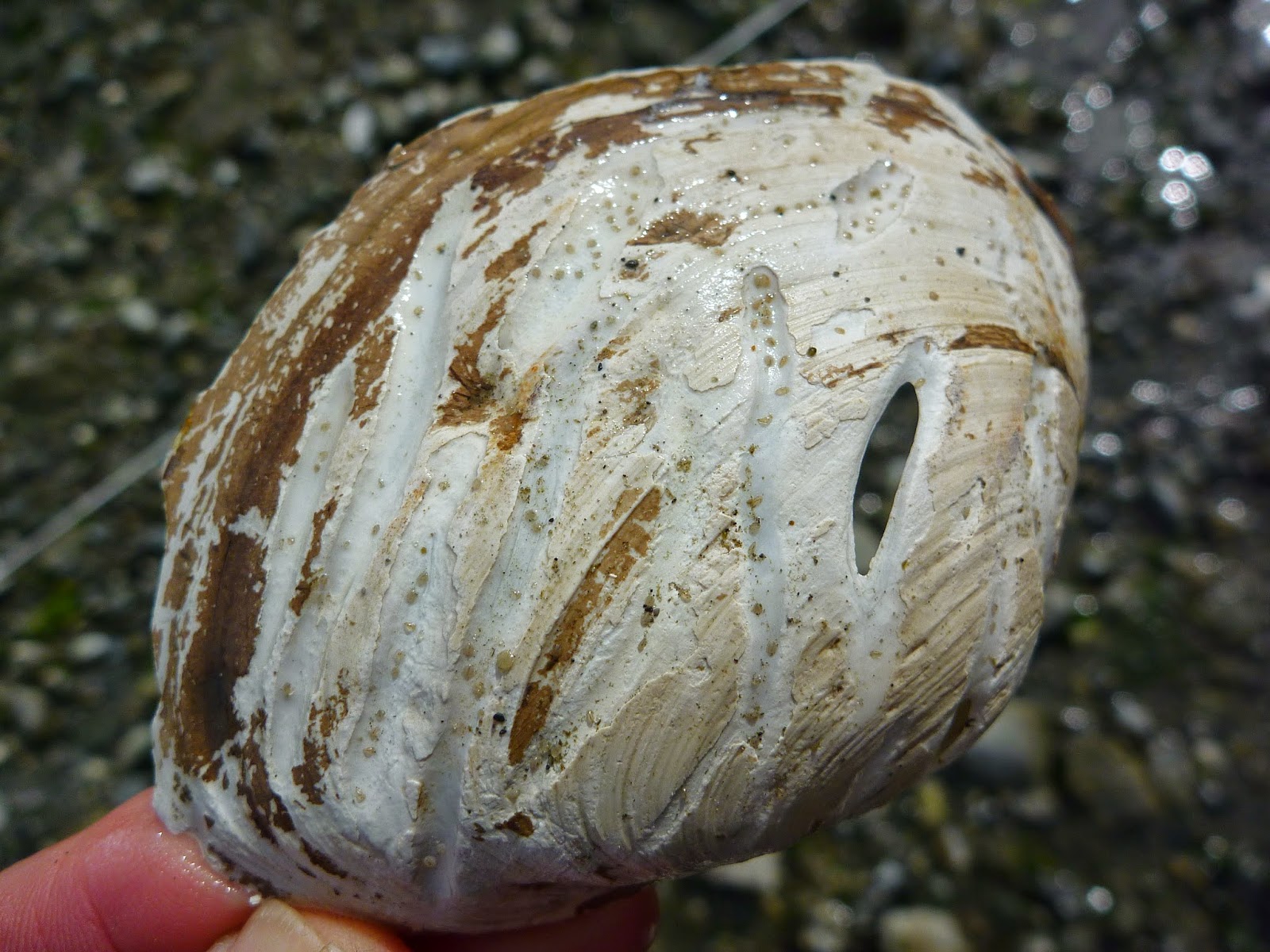 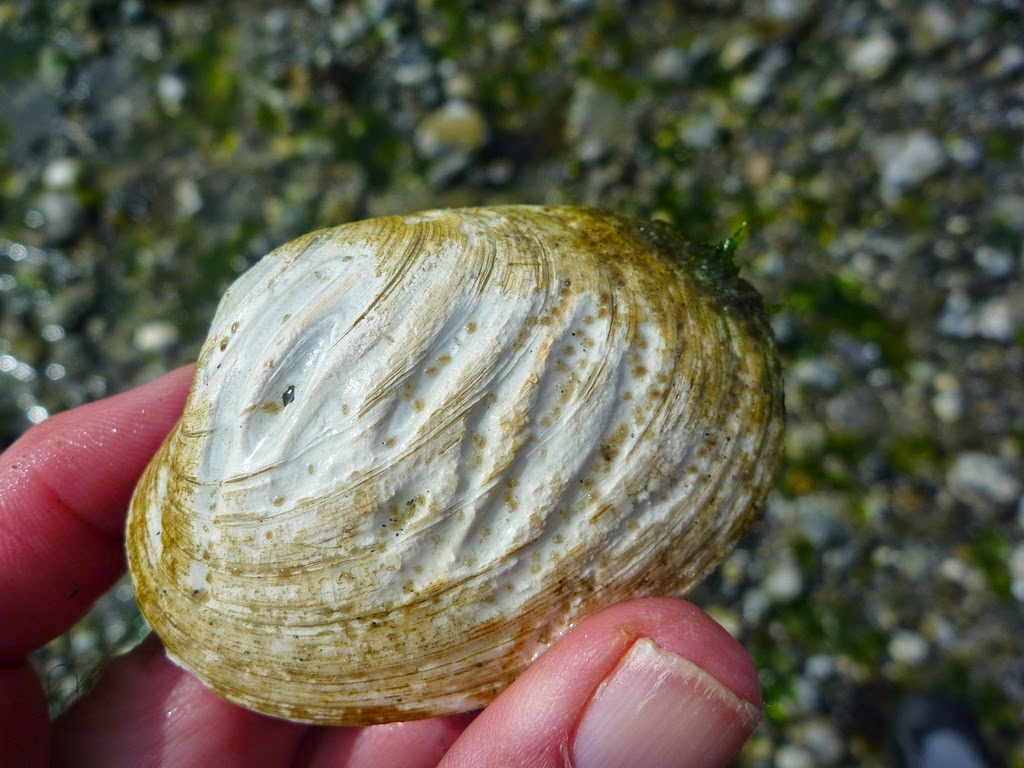