A small group of Orcas visited Elliott Bay of Puget Sound and downtown Seattle in the afternoon of 2/5/2016.  These were likely Transient whales but positive ID has not been made.  It Appeared that there were 4 or 5 whales in the group with 2 adult males.  The Orcas entered Elliott Bay on the north side (Magnolia) and proceeded along the Seattle waterfront to the mouth of the Duwamish River and then exited the bay via the same route.  Images here are from West Seattle (a couple of miles from the whales path) so are not high quality.  Transient Orcas feed on marine mammals including seals, sea lions, porpoises, dolphins, sea otters, and other whales.  In Puget Sound they feed on Harbor Seals, Harbor Porpoise, California and Steller Sea Lions and have the possibility of attacking Gray and Humpback whales but this has not been documented in Puget Sound.
During the past several weeks a group of about 8 Harbor Seals have been observed feeding as a group of Seacrest marina in Elliott Bay.  These seals are likely feeding on an abundant population of Shiner Perch (as reported by local divers and an award winning underwater photographer)  See previous post for details.
On the morning of 2/6/2016 I looked for this seal group in it's usual location off Seacrest in the morning when they have been observed day after day.  I saw no seal group but only 2 seals feeding as individuals.  After looking for 1/2 hour I concluded that they were not in the area.
There is no information on any feeding the Orcas may have done while in Elliott Bay and it is likely that feeding would have been observed by someone.  So any connection to the Orcas and Harbor Seal group is pure speculation....and not very good. 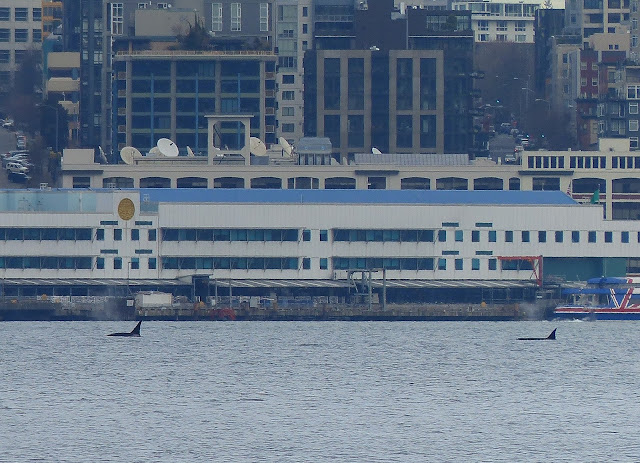 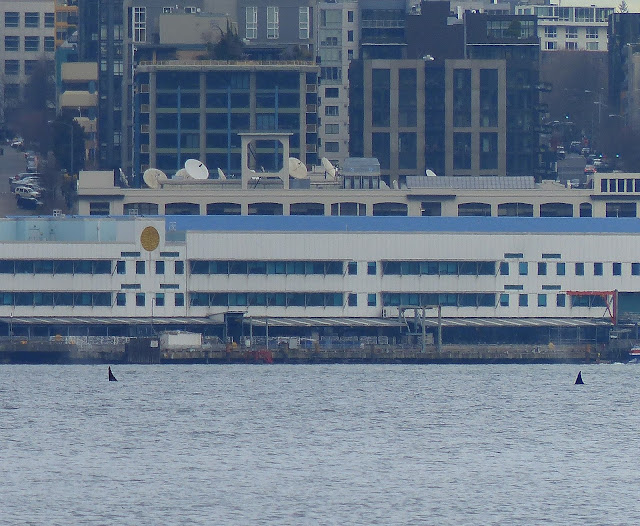 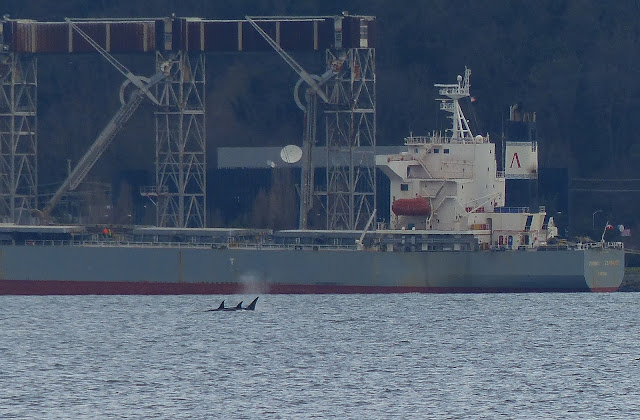 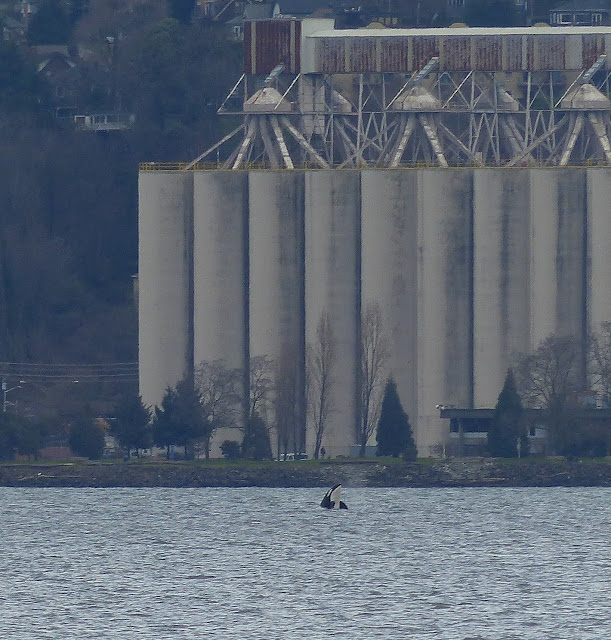 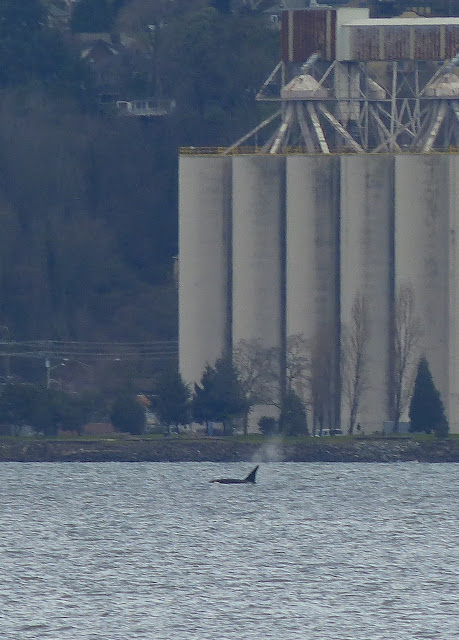