Orcas and one Humpback Whale visited Seattle today....Resident Orcas from J Pod and likely another pod passed West Seattle in early afternoon while foraging for Chum and Coho salmon which are returning to Puget Sound rivers to spawn.
Humpback Whales have been visiting Puget Sound in increased numbers in recent years due to protection of the Marine Mammal Act of 1972 which has allowed the population to recover from whaling. 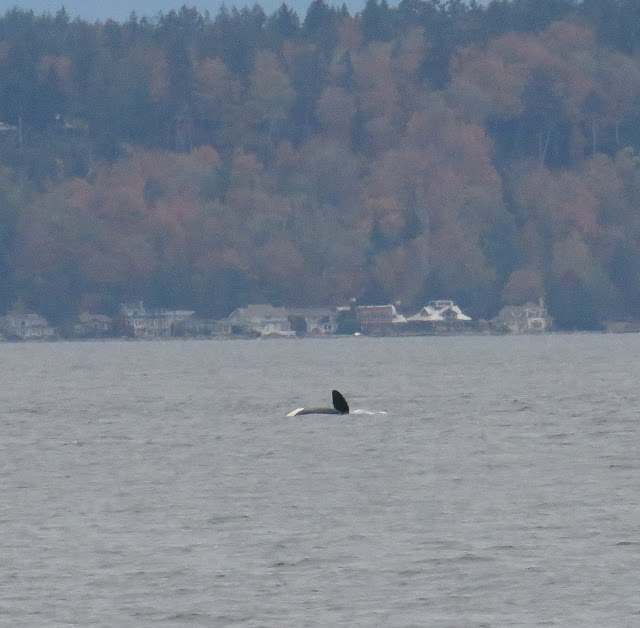 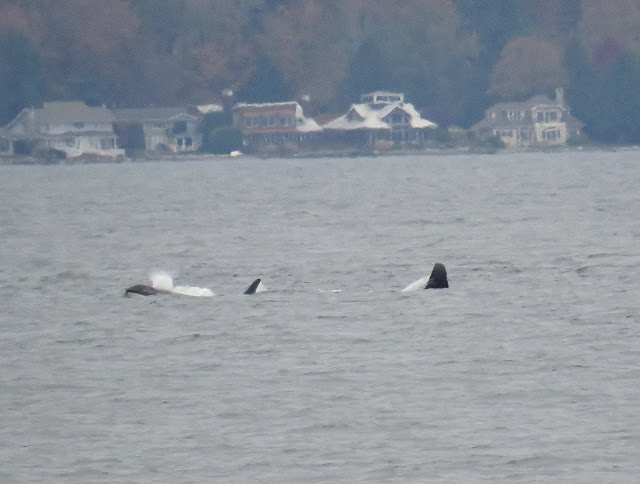 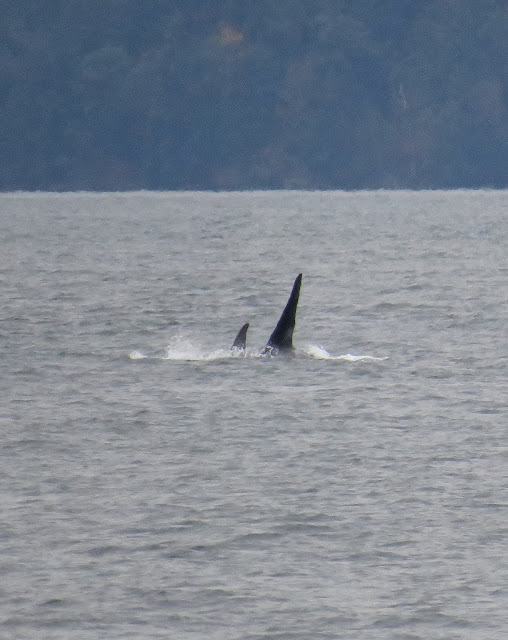 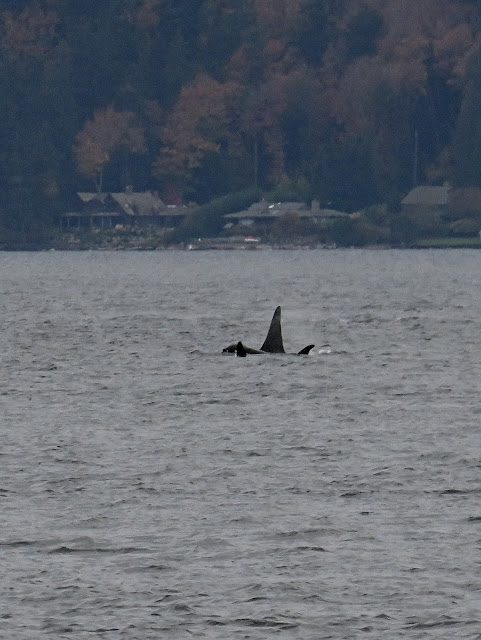 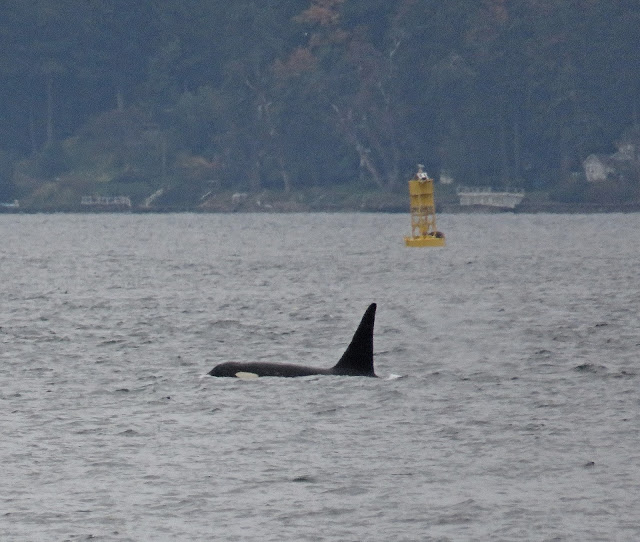 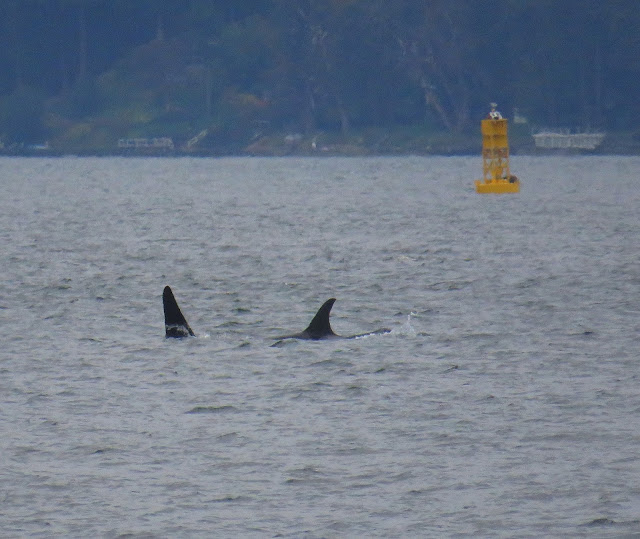 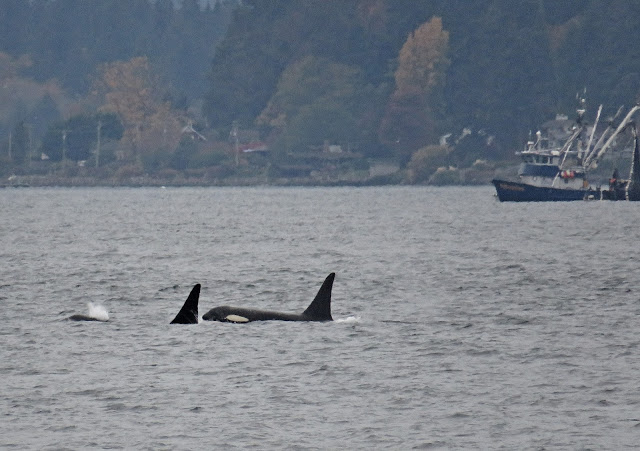 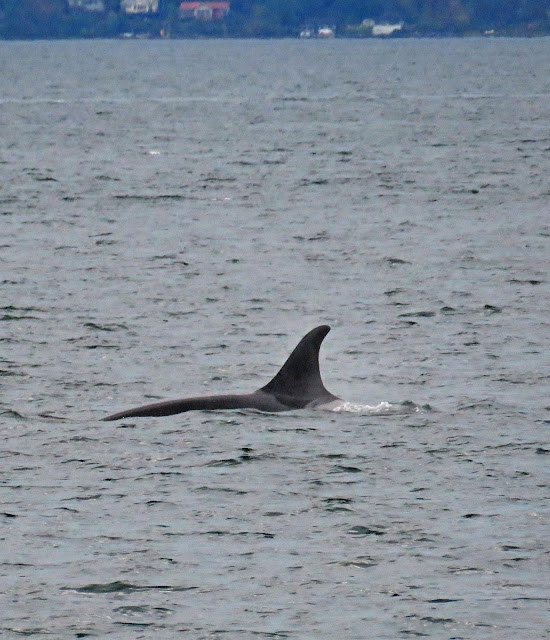 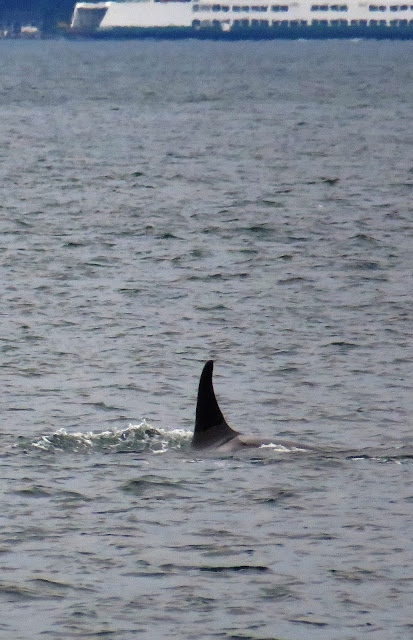